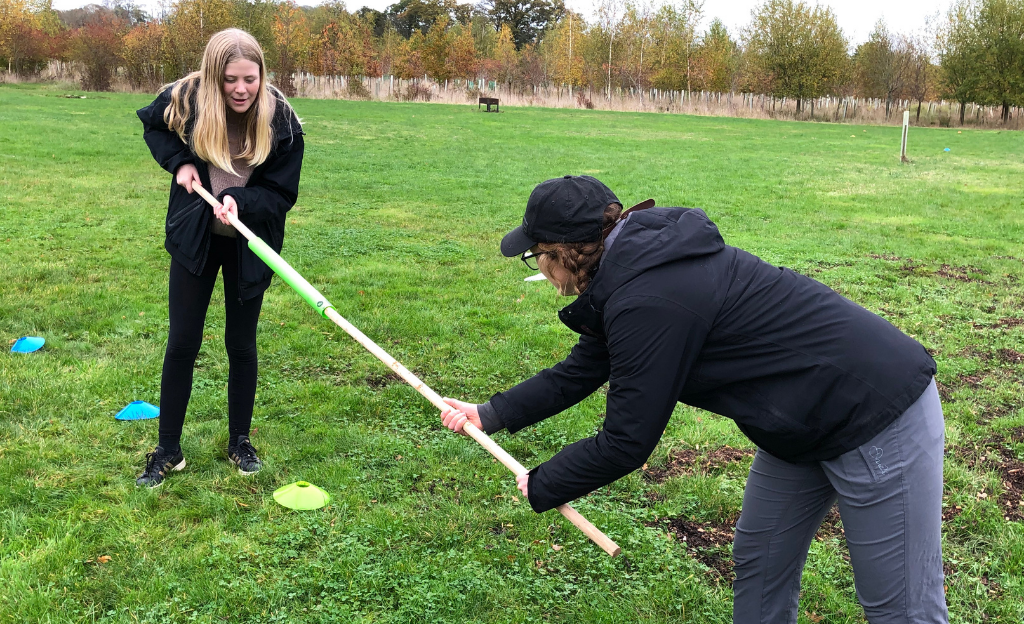 Harriet was referred to the Youth Adventure Trust by her teachers after she had been in trouble at school for bullying others, and other aspects of her behaviour were causing concern. They felt she could be quite controlling and this was causing difficulties with social interactions as well as engagement with learning and school life. The school knew that she had a chaotic home life and didn’t always get the parental support that she needed; they recognised that the Youth Adventure Programme could help her to make more positive choices which would impact on her school life. Harriet was really excited about joining because the different activities and camps were something that she wouldn’t normally get the opportunity to take part in.

As Harriet started her programme on the Explore Day, her natural outgoing character meant she quickly made friends, but unfortunately this bubbled over into some overexcited behaviour as the day progressed. Afterwards Harriet’s Programme Manager, Scott, met her at school to review the day. We were pleased that Harriet was mature enough to recognise her own actions, and understood that she would get the most out of the programme by being respectful, kind and responsible, the foundations of our behaviour expectations.

A few weeks later Harriet approached Mountain Camp with a fantastic attitude, and it continued throughout the week. She seemed determined to make positive choices for herself, to help others, to show respect to adults, and get the most out of the opportunity. Harriet made new friends, including those she wouldn’t normally socialise with back at home. She led her team through many of the activities, regularly including the others in decision-making, and the experience gave her a chance to really develop her leadership and communication skills.

Harriet clearly excels in the environment the Youth Adventure Trust have created for her. She enjoyed the challenge and responsibility at camp; her ability to lead her team and her positive approach meant that adults and peers alike enjoyed having her there, and Harriet learned new ways to interact and gain respect.

The programme works hard to help support young people bring their new found skills into their lives back home, but this can take a while as change can be challenging. Harriet’s Programme Manager, Scott, learned that she had again been in trouble for bullying others at school; she had been suspended and was grounded as a consequence. Her Mum was reluctant to allow her to attend her Activity Day in the October half term. However Scott spent time talking to her Mum and explaining how the Youth Adventure Trust would help her to make progress and encourage her to make more positive choices. Her mum agreed there would be more benefit in her continuing to attend after her positive behaviour previously with YAT, and allowed to come; she had a fantastic day joining in, helping others, being friendly and respectful.

On the day, Harriet chatted with Scott about how her time with YAT is a chance for her to be herself, and not the girl everyone else thinks she is at school because of the trouble she has been in. Harriet also used the day to rekindle some of the positive friendships she made at camp this summer. We were impressed to see Harriet making positive choices for herself, stepping back and taking time to calm down if a situation was frustrating her. Scott will continue to meet with Harriet and work further on developing strategies to help her in everyday life.

School can still be a struggle for Harriet, but Scott is able to regularly share reports of Harriet’s programme successes with her teachers, helping her to have a more positive self-identity which can be at the root of some aspects of her behaviour. We are confident this continued support over the coming years will ensure Harriet stays on track and fulfils her potential.

This website uses cookies to improve your experience while you navigate through the website. Out of these cookies, the cookies that are categorized as necessary are stored on your browser as they are essential for the working of basic functionalities of the website. We also use third-party cookies that help us analyze and understand how you use this website. These cookies will be stored in your browser only with your consent. You also have the option to opt-out of these cookies. But opting out of some of these cookies may have an effect on your browsing experience.
Necessary Always Enabled
Necessary cookies are absolutely essential for the website to function properly. This category only includes cookies that ensures basic functionalities and security features of the website. These cookies do not store any personal information.
Non-necessary
Any cookies that may not be particularly necessary for the website to function and is used specifically to collect user personal data via analytics, ads, other embedded contents are termed as non-necessary cookies. It is mandatory to procure user consent prior to running these cookies on your website.
SAVE & ACCEPT